The Most Common Types of Negligence in Arizona Car Accidents 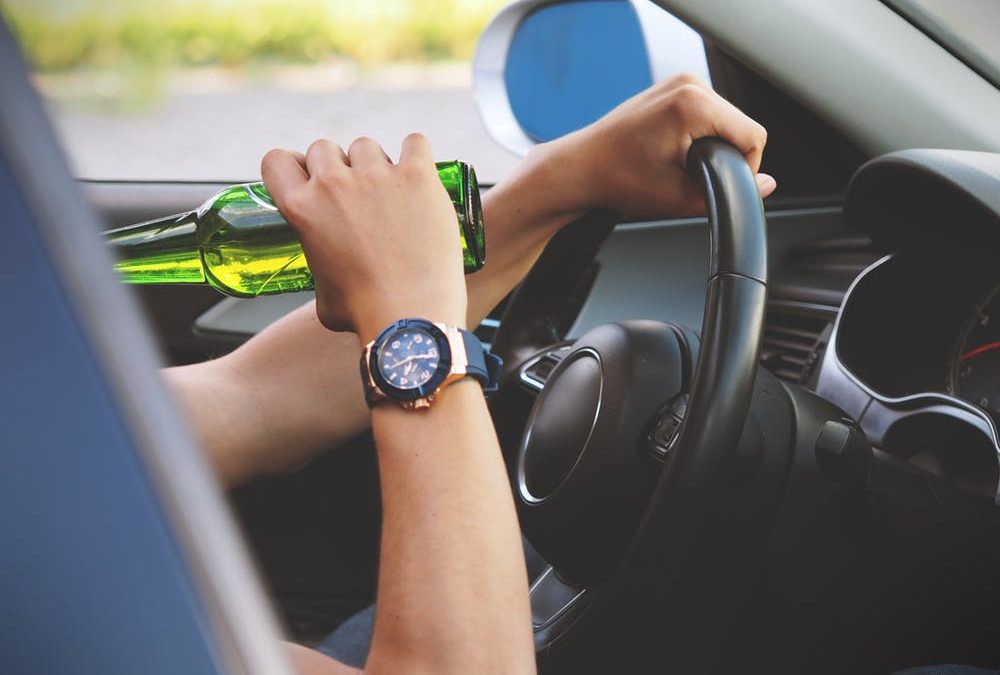 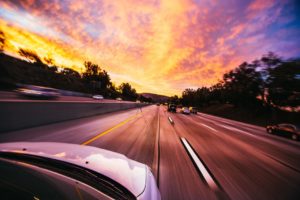 The latest car crash statistics in Arizona show that the number of crashes in 2016 reached a 9-year high, with 126,845 automobile crashes on Arizona roads. Fatalities and total injuries in 2016 were also at a 9-year high, with a steady increase of total licensed drivers and registered vehicles over the same time period. More drivers mean more opportunities for negligent driving, which can result in serious injuries or death.

Getting into a car accident is stressful, and sometimes it’s the unsafe behaviors of another driver that is to blame. Here are some of the most common types of car accidents caused by negligence in Arizona. It’s important to be aware of these types of circumstances, because observing and reporting them after an accident can help your case, should you file a claim.

Speeding is a straightforward violation that poses a high threat to Arizona drivers. In 2016, 295 people were killed in speeding-related crashes, and speeding is the most common driver violation in Arizona. Rear-end collisions, which are often caused by speeding, are the most common types of crashes in Arizona. According to the National Highway Traffic Safety Administration, speeding increases the potential for loss of vehicle control and increased degree of crash severity.

Alcohol and drugs are a major factor in fatal collisions. While only 4 percent of collisions involve alcohol, prescription drugs or illegal drugs, one-third of fatal crashes do. Arizona has a zero-tolerance law for driving while under the influence. If an even minuscule amount of alcohol is found in blood, a driver can be arrested.

The National Council on Alcoholism and Drug Dependence, Inc., reports that drivers who are impaired by alcohol or drugs impose the following dangers:

Any person who drinks alcohol, takes illegal drugs or takes prescription drugs that warn against driving before getting behind the wheel may be deemed negligent in an accident. Drivers have the responsibility to drive sober so that they can increase their safety and alertness. 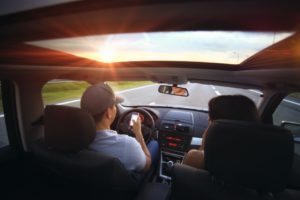 Currently, a proposed law banning texting and driving in Arizona has been approved by the Senate Committee on Transportation and Technology and is now with the full Senate for consideration. The law highlights the serious dangers that using a smartphone while driving poses. In addition to texting while driving, talking on the phone, taking photos while driving, eating while driving, applying makeup while driving or doing anything else besides taking full control of the car can be considered distraction and negligence in a car accident case.

Distracted driving removes a motorist’s eyes from the road, removes a driver’s hands from the wheel, and takes the focus off of driving. Taking eyes off the road for just 5 seconds is enough to cover the distance of a football field, while traveling at 55 miles per hour.

Driving while tired can be just as dangerous as driving while under the influence of alcohol, as driving on 19 hours without sleeping is like having a blood alcohol content level of 0.5 percent. The more tired a person is, the less able they are to control the vehicle and be a safe driver. While there is no specific drowsy driving law in Arizona, drivers in accidents caused by fatigue may face reckless driving or vehicular homicide charges.

Drowsy driving can cause unsafe behaviors like drifting and swerving, running into obstacles and guard rails, and extreme deceleration or acceleration. A driver who falls asleep while operating a motor vehicle will lose complete control of the car and lose their ability to react to road conditions. In some professions, such as truck driving, employees are mandated to take breaks to reduce their risk of driving while tired. Driving while tired, or taking prescription medicine that increases drowsiness before driving, may be considered negligent behavior in a truck accident.

If you suspect negligence was a factor in your serious car accident, evidence is crucial to prove your claim. A Phoenix car accident attorney will investigate what happened and help to gather evidence and witness testimony for your case.